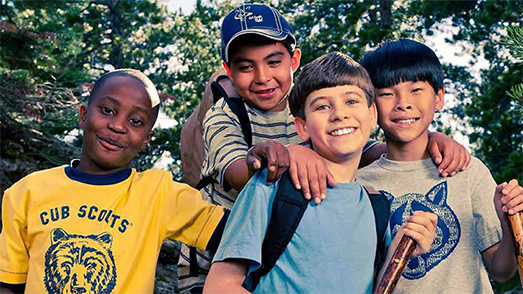 About the Lincoln Heritage Council

The Lincoln Heritage Council is one of the oldest local Councils serving both urban and rural areas in the United States. Their first charter was granted under the name “Louisville Council” in 1916. In 1930, the Council was extended to 22 counties and became known as the “Louisville Area Council”.  Later they applied for and received permission to change the name of the Council to “Old Kentucky Home Council”, which remained the name until 1992. In 1992, the George Rogers Clark Area Council, based out of New Albany, Indiana, chose to join efforts with their neighbor, the Old Kentucky Home Council. The councils merged, and on January 1, 1993, the Lincoln Heritage Council officially came to be.

The Council has thirteen geographical districts and four service areas.The Lincoln Heritage Council #205 is composed of 64 counties in Kentucky, Illinois, Indiana and Tennessee.

By registering your child in a Scouting program, he or she will have a lot of fun – while being challenged to develop leadership skills in an environment that stresses the importance of moral and ethical behavior.

Thank you for your interest in contacting the Boy Scouts of America. Lincoln Heritage Council helps chartered organizations in its geographic area effectively use the Scouting program and to expand the use of the program to other community groups.